100 years of a design classic

Identifying a need for portable huts to provide housing near the front line that could be moved as required in April 1916 Major Peter Norman Nissen set about designing the Nissen Hut and within a week had started to construct the first prototype and by September the Nissen Huts had gone in to production. They were adapted throughout the war to suit different requirements, notably including the Hospital version.

(August 6, 1871 – March 2, 1930) was a Canadian-American mining engineer and inventor. He held a number of patents for his inventions and developed the Nissen hut prefabricated shelter during World War I.

Peter Norman Nissen was born in the United States. His father, Georg Herman Nissen, had immigrated from Bergen, Norway during 1857. Georg Nissen was primarily a mining engineer who developed a Stamp mill used in crushing ore which lead the family to travel all around the United States to various job locations.

Peter Nissen moved with his family to Canada in 1891. He resided in Halifax, Nova Scotia and later studied mining engineering at the Mining and Agriculture School of Queen’s University in Kingston, Ontario. Nissen completed his studies without taking the final examination. It was at Queen’s University that he met his future wife, Louisa Mair Richmond, whom he married in 1900. 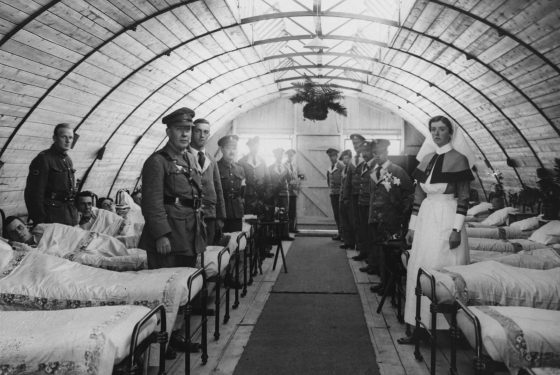 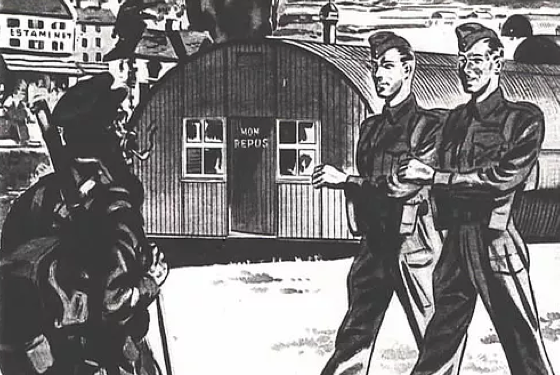 In 1910 he moved his family to Witwatersrand, South Africa to work in the Gold industry, and in 1913 they relocated to Great Britain. Here, Peter Nissen worked principally in the sale and distribution of the Nissen Stamp mill until January 1915, during the First World War, when he joined the 12th Battalion Sherwood Foresters as a temporary Lieutenant before transferring to the 103rd Field Company Royal Engineers in May 1915.

It was as a Major in the Royal Engineers (29th) on the Western Front, that Peter developed his Nissen hut during the summer of 1916. Peter started the first prototype within a week of having the initial idea and with input from various other Royal Engineer Officers the design was refined over two subsequent porotypes until a standard pattern was agreed.

With the help of three drafts men detail drawing were produced for manufacturers in the UK along with fool proof erection instructions and diagrams detailing how to pack a whole hut in to a three ton truck with room for three men.

By the time the war ended, he had achieved the rank of lieutenant colonel and was awarded the Distinguished Service Order for his contribution to the war effort.

As a serving soldier, Peter was not paid for his invention but the British Government allowed him to patent his hut after the war. Sadly, the commercial prospects for the Nissen hut were never realised as Peter Nissen died of Pneumonia in 1930, aged just 58.

In 1939 Nissen Buildings Limited waived their royalty rights for production during the Second World World.

1871
Peter Norman Nissen is born
1916
In April 1916, Peter Invents the Nissen Hut
Later that year, in September, the hut goes into production
1917
The Hut is redesigned to use non-combustible insulation
During the war, at least 100,000 huts are produced, including 10,000 hospital versions
1918
Peter Nissen is awarded the DSO
The First World War finishes
Peter Nissen is granted a patent
1930
Peter Nissen dies
1939-1945
Second World War
Patent is waived for war production
Large Numbers Produced
2016
100 year anniversary of the invention
2017
George Nissen redesigns the Nissen hut to create the Nissen pod
The Nissen Pod goes on sale

or buy a copy of

Do you want to be amongst the first to own a Nissen Pod?